Before looking into the technical details, let’s have a look at what practical use cases there are for an automation product like SMA:

SMA is not a separate component in the System Center suite on the same level as the other components such as Configuration Manager and Virtual Machine Manager; the installation files are included in the installation media for Orchestrator: 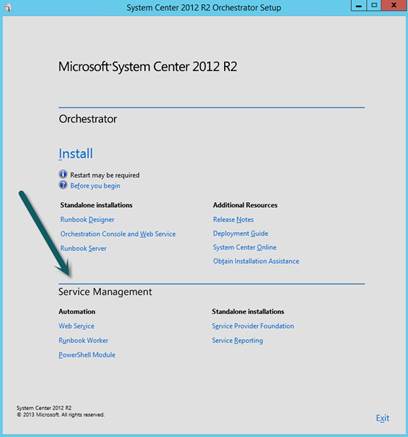 As we can see based on the above screenshot, SMA has 3 components:

Runbook Worker – Executes runbook jobs. These might be scheduled or triggered manually.

In addition, a SQL database is needed to store data (needs to be specified during installation). From an architecture level there are similarities between System Center Orchestrator (SCO) and Service Management Automation (SMA). The main difference in the user experience is that SCO has a graphical interface with drag-and-drop support, while SMA is 100% based on Windows PowerShell Workflow.

SMA itself does not have a built-in portal; the only way to define runbooks is by using the PowerShell cmdlets or the web service. Windows Azure Pack for Windows Server is a free component for hosting providers and enterprises which provides a user experience consistent with Windows Azure: 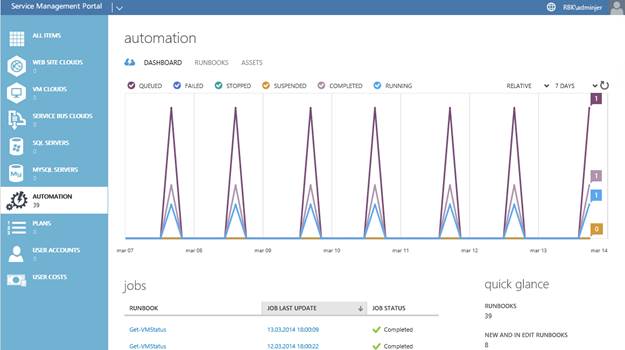 The first item we see when entering the Automation portal is the Dashboard, which provides an overview of the defined runbooks.

Runbooks provides a view of all runbooks defined, with options for sorting based on status, tags or search query:

Clicking on a runbook name brings you to a dedicated dashboard for the selected runbook, where statistics for the runbook jobs are available: 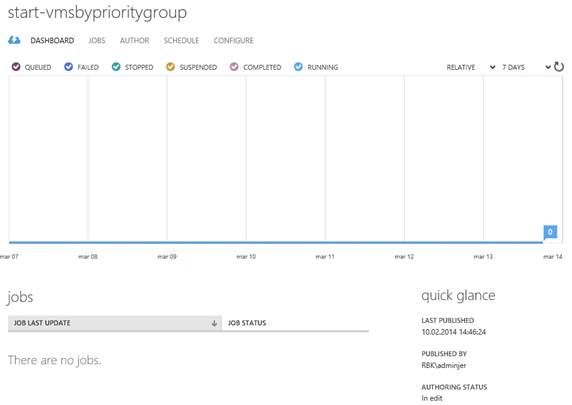 Jobs provides history and output for each job instance, which has been executed for the runbook:

Author shows the published version of the runbook: 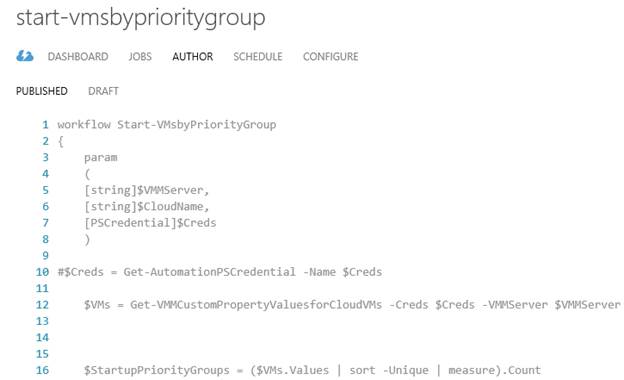 Draft provides the ability to edit and test the code defined in the runbook: 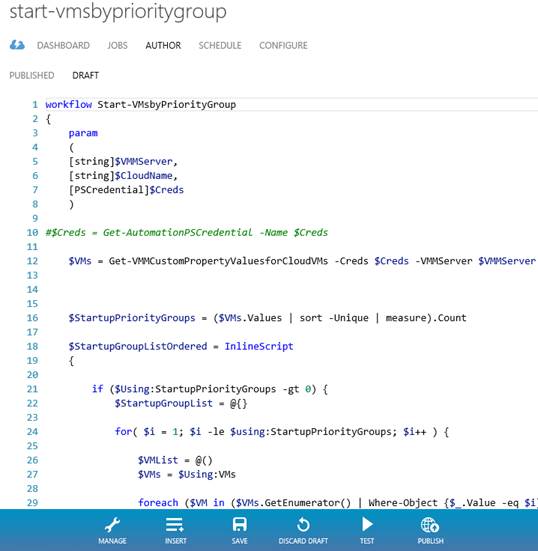 When you authoring a runbook, the runbook has to start with the keyword workflow followed by the name of the runbook. Optionally a param block can be provided in order to define parameters for the runbook. The actual code is defined after the param block.

If parameters are defined, values for these may be provided when starting the runbook: 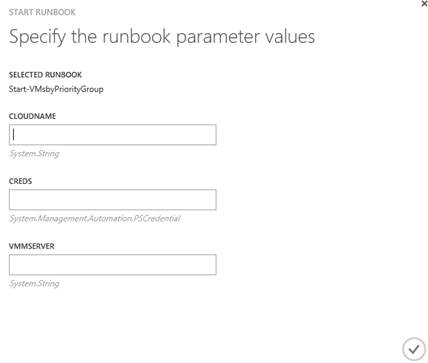 These values can also be provided if the runbook is scheduled.

Schedules may be defined in the next menu item: 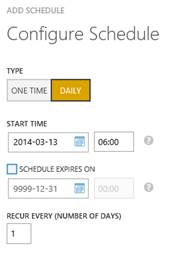 The last menu item for a runbook is Configure, giving options such as providing a description, tags and enabling debugging and logging: 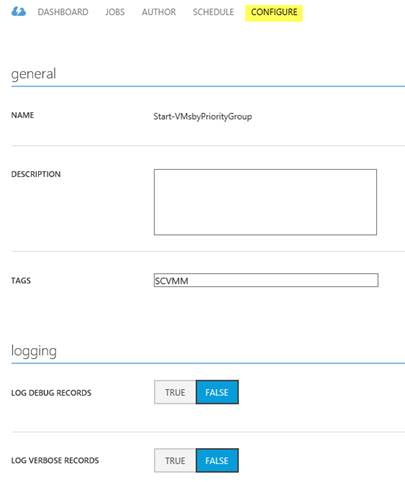 Debugging and logging will write a lot of data in the database, and should only be enabled during troubleshooting.

The last item we will have a look at in the Automation portal in Windows Azure Pack is Assets: 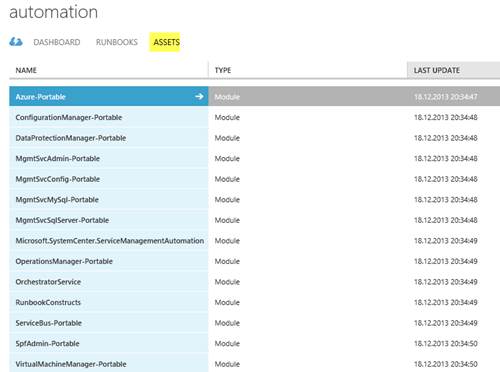 An asset (also called a global resource) may be a PowerShell module or one of the following:

Connections are connections to other systems, such as other System Center components like Data Protection Manager and Virtual Machine Manager. Credentials, variables, and certificates can be defined in order to avoid hardcoding them in runbooks. The last type of asset is a schedule, which we have already looked at. All assets are globally available and shared among all runbooks.

When PowerShell Workflow is used outside of SMA, state («persistence») is stored on a file system on the machine executing the workflow. With SMA we get a highly available workflow, because persistence is stored in a SQL database.

This makes it possible to build a highly available automation platform, by configuring a highly available SQL service (using clustering or AlwaysOn) as well as 2 or more servers with the SMA Runbook Worker and web service installed:

The first version of the product lacks some functionality available in Orchestrator, such as the ability to configure runbook permissions. This is a feature an enterprise using SMA would find useful in order to delegate access to runbooks based on, for example, Active Directory security groups.

There is no official statement regarding the strategy around co-existence of Orchestrator and SMA in the future, but it’s not unlikely that SMA will overtake Orchestrator’s role in the Microsoft ecosystem when more functionality comes in place.

Make your code faster with Profiler

The all new PowerShell Magazine is here and more to come!