Let us start with a simple description to understand why we need partial configurations. I see a couple of reasons for this. For the purpose of demonstration and explanation, I will use SQL Server deployment and configuration as an example.

Imagine we are deploying a SQL Server. Assume that we have already installed OS and we are using DSC to perform the post-OS deployment tasks. The first thing we’d need to do is make the target system a part of AD domain. Within the SQL configuration, we need to install .NET Framework 3.5 and invoke the SQL deployment, and complete SQL instance configuration. Optionally, OS and application service hardening might be required based on IT policies. 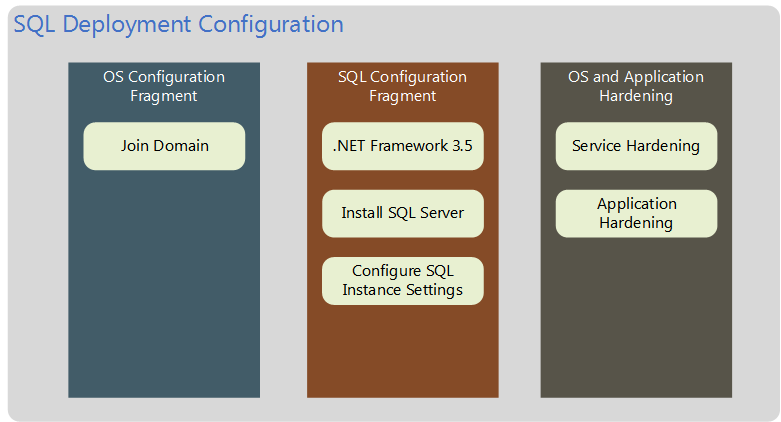 This is the first problem partial configurations in WMF 5.0 solves. Also, being able to deliver fragments of configuration is important for simulating orchestration experience with DSC. 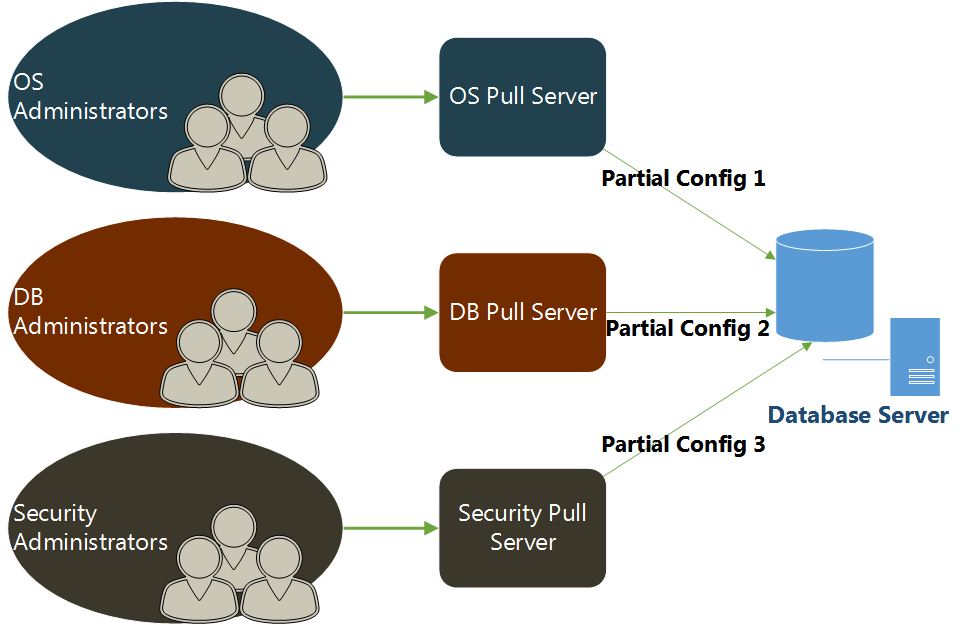 Note: In the current implementation (WMF 5.0 September 2014 preview), partial configurations are supported only in pull mode of configuration delivery.

Note: For the following code demonstration, you will require DSC Resource Kit xComputer and xSqlServerInstall resources. You can download most recent wave of these resources at: http://gallery.technet.microsoft.com/site/search?f%5B0%5D.Type=Tag&f%5B0%5D.Value=DSC%20Resource%20Kit%20Wave-7&f%5B0%5D.Text=DSC%20Resource%20Kit%20Wave-7. Also, this article assumes that you have a target system that has all necessary IP configuration to connect to a domain and has access to SQL Server installation bits. Also, this system must have WMF 5.0 Preview September 2014 installed. If you want to use DSC to do that, check out my earlier article on that.

Also, note that in the meta-configuration, I have set the RebootNodeIfNeeded property $true. This ensures that the target system reboots if a resource instance configuration requires.

Within the OS configuration, we want the target system to join a domain. This is enough for our demo purpose. Here is how the configuration looks.

The above configuration script adds the target system to a domain. We are using plain-text credentials in the configuration. Note that this is only for testing purpose and should not be used in production. The next configuration fragment we need is the SQLConfig which installs .NET Framework 3.5 and SQL Server software.

In the above configuration script, I have given the external source path for .NET Framework bits and SQL Server. You need to replace this with whatever is applicable on your target system. Also, you need to pass the credentials that need to be used as the SQL administrator credentials. The xSqlServerInstall resource has many other properties but this is the minimum that is required.

With the above configuration fragment scripts, we have also generated the MOF and the checksum files. These files are generated in the form of GUID.mof and _GUID.mof.checksum _where GUID is the value of LCM ConfigurationID property on the target system. While this works with normal pull server configuration, we need something more with partial configurations. We need to prefix these files with the configuration name mentioned in the LCM PartialConfigurations property. So, in my demo, this is how it looks.

Without this prefix, the pull client would not be able to identify and download the partial configurations. Once you have all these ingredients ready, we can either wait for the LCM pull client refresh internal to kick in or manually invoke the configuration check. The latter is what I did. This can be done by calling either PerformRequiredConfigurationChecks CIM method of the LCM or using Update-DscConfiguration cmdlet.