Both PowerShell and DSC (Desired State Configuration) are designed for efficiency through automation. If you’re not careful though, you’ll find yourself bringing the bad habit of repeating yourself performing the same task over and over again from the GUI to PowerShell and DSC by writing the same or similar code over and over. Not only will you be creating redundant code, but you’ll also have to maintain it.

Earlier this year, one of my customers began their hardware and software refresh cycle and my job as an infrastructure architect was to configure both the physical and virtual servers in their datacenters.

Although I had been working with DSC in a test lab environment for quite a while and was comfortable configuring their production systems with DSC, my initial configurations for their primary datacenter contained a lot of redundancy. Due to their timeframe for the project, I found myself hard coding values and creating a separate static DSC configuration for each of their servers. If a server had more than one network card, Windows feature, or service, I had each of those items statically configured in the configuration as well which created redundant code within each of the configurations.

For simplicity, the configurations in this article are being applied via DSC push mode.

Apply the configuration to Server01: 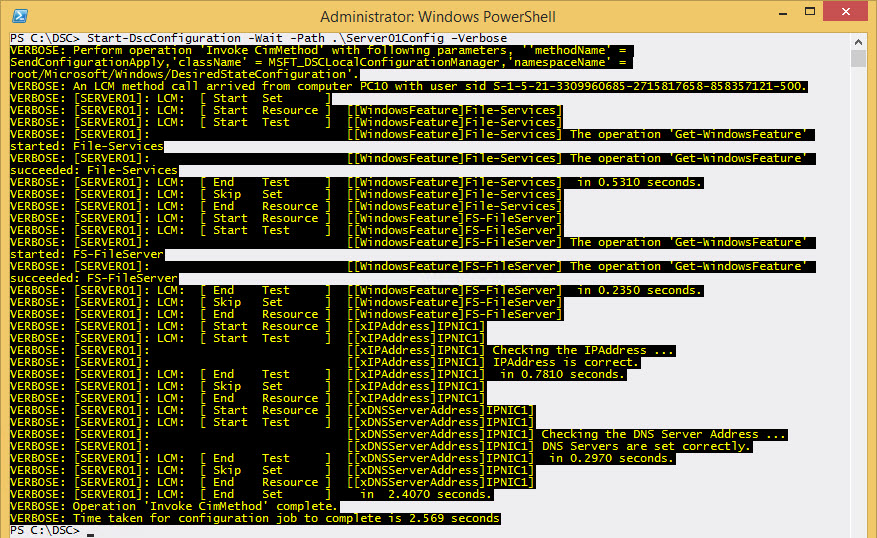 Create the MOF file for Server02:

Apply the configuration to Server02:

Also, notice how much code redundancy that adding just two network cards creates in a single configuration as shown in the previous example for Server02. Now imagine how much redundant code would exist for a physical Hyper-V host virtualization server with eight or more network cards.

Create the MOF files for both Server01 and Server02:

Apply the configuration to both Server01 and Server02: 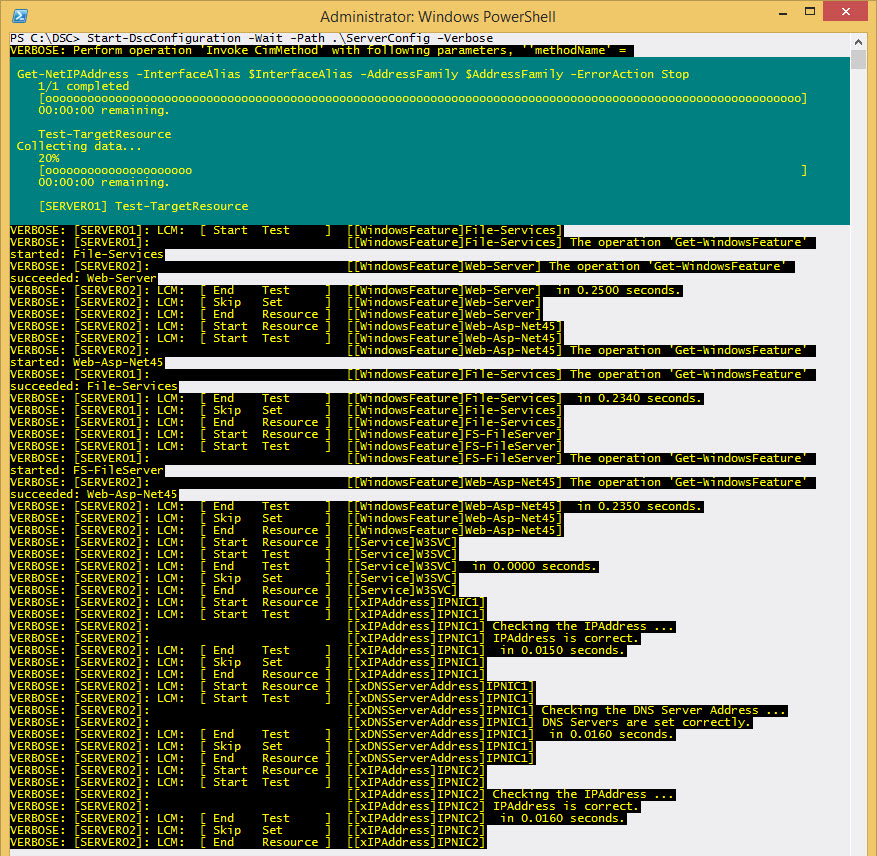 Want to know if this process creates the same configuration as the more static version that was used earlier in this article? Produce the MOF configuration files both ways and compare them.