The PowerShell Summit Europe 2015 was arranged in Stockholm, Sweden on September 14-16. This was a unique opportunity to meet community people you mostly know from Twitter and other social media, as well as product group members from Microsoft. And of course, you got to see many great sessions on various topics.

Members of the PowerShell team talked about the impact of the community. 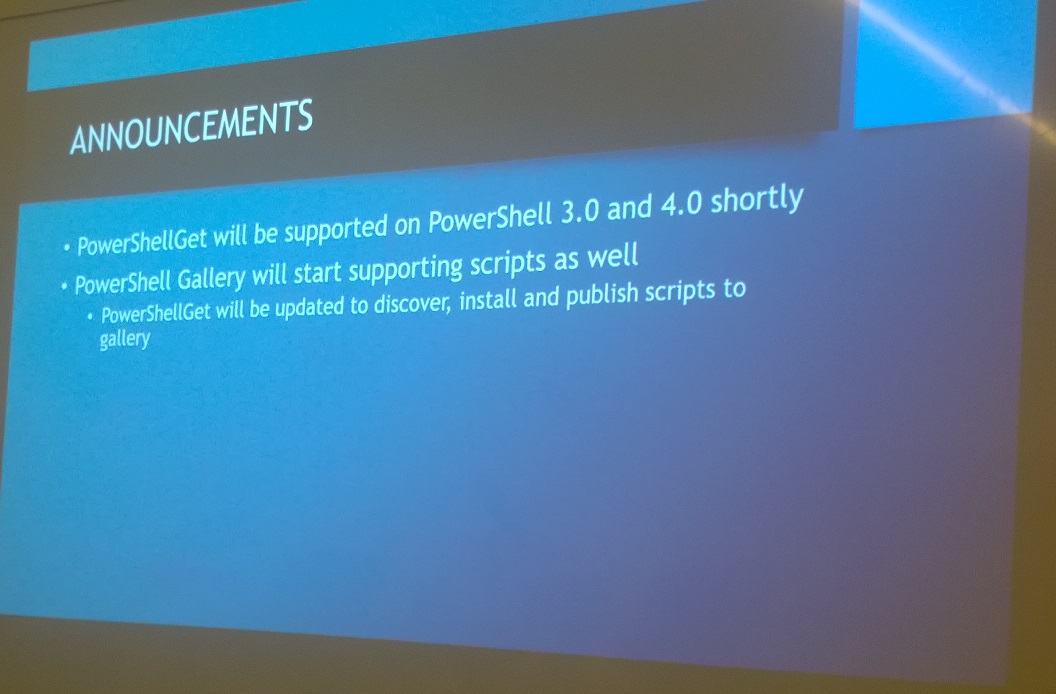 During the conference there was also some announcements made by Microsoft. PowerShell Script Runbooks in Azure Automation was one of the highlights (it should also be available in SMA at some point – no timeframe given though).

During the breaks people got the chance to meet up and mingle.

Mostly as a fun element during my “Manage your IT Pro Computer using PowerShell” session, I’ve included the Get-BabyStats command. My wife and I register all activity for our 4-month old son on our cell phones, and this data is available on the vendor’s website. I’ve created a function which uses Invoke-WebRequest to retrieve this information, where we can do all kind of useful things with the data such as using Group-Object which is shown in the above picture.

Note that this was the last PowerShell Summit in Europe arranged by powershell.org. You can read more about the background in this article. Hopefully community members will step up and make another great PowerShell conference in Europe in 2016.

All videos from the conference are now available on YouTube.