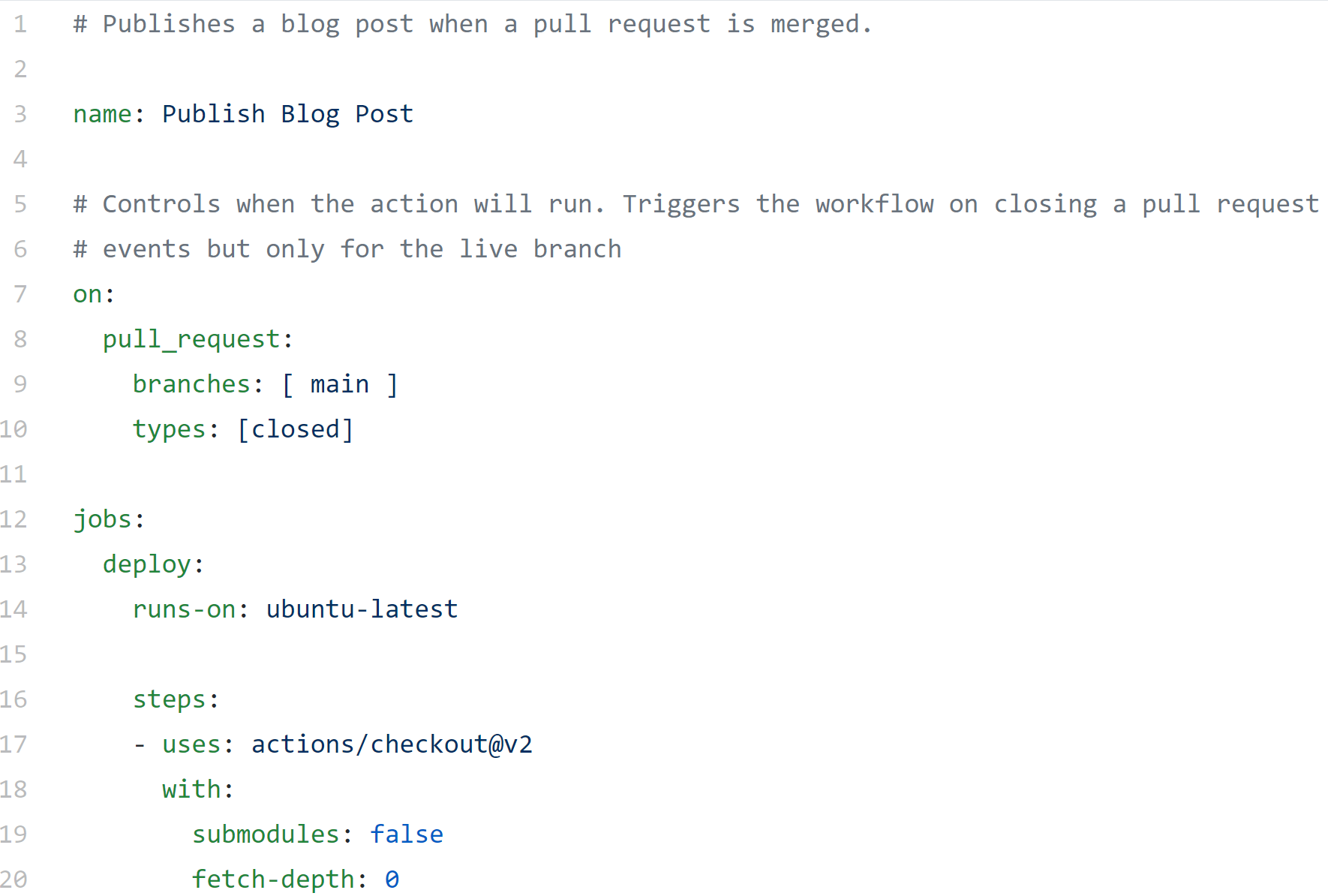 A YAML primer for administrators

In today’s cloud and agile infrastructure world, JSON and YAML play a major role in describing the infrastructure and data exchange. In many situations, the choice between JSON or YAML really depends on the application or infrastructure you are dealing with. For example, Ansible playbooks use YAML, Azure Resource Manager (ARM) templates are written in JSON, AWS Cloudformation supports both YAML and JSON formats, GitHub actions workflows are written in YAML, and Kubernetes uses YAML for almost everything.

If you are integrating two different products or services, you would choose a data representation format that is common to these applications or services as a data exchange format. I have, in my personal projects, mostly used JSON for data representation since handling JSON is built into PowerShell and I do not need an external module to handle that data. However, given the number of other things that I am working on, I bump into YAML once in a while. Initially, I found it difficult to switch the context. I made some notes as I started using and writing YAML. This article is coming directly from those notes. If you are new to both JSON and YAML, you may also want to read a JSON primer for administrators. If you are still stuck to XML for whatever reasons, Tobias wrote a great article on working with XML in PowerShell.

YAML – YAML Ain’t Markup Language – is a human-friendly data-serialization / data-representation language. Compared to JSON and XML, YAML is less verbose. Instead of brackets, YAML depends on indentation and that stumped me multiple times when I was starting. In YAML, you always use spaces for indentation and not tabs. For someone coming from PowerShell background and who religiously used tabs in the code, it took a while to get used to spaces. But, believe me, YAML is very easy to write and read.

Examples in this article were validated / parsed using the PowerShell-Yaml module.

There are three basic data types that YAML supports – lists, maps, and scalars.

The most basic type of data structure in YAML representation is a list. You can also call this a sequence.

This is a simple list of items where each item starts with a -. Using the inline format, this can be folded into a single line

In either case when you parse this using ConvertFrom-Yaml, you get a generic collection.

You can create a list of lists or a sequence of sequences.

Maps are key-value pairs. Maps use a : and space to separate key and its value. Items in a map are scalars which you will learn later in this article.

You can map combine maps and lists together.

When you parse this using ConvertFrom-Yaml, you get an ordered dictionary.

You can create a list (sequence) of maps as well.

Notice the indentation after the each -. This is mandatory.

You can create map of maps as well. This is done by simply specifying as key-value pairs.

Here is how ConvertFrom-Yaml translates this into PowerShell ordered dictionary.

In the above example, the list of languages is same for both nodes – ravikanth and alex. So, is there a way you can just reference the same list at both places? Yes. YAML provides anchors and aliases for this purpose. Take a look at this updated example.

In the first map, the &LANG identifies an anchor. The literal text LANG after the & symbol can be anything of your choice. Wherever you want to repeat the same list within the YAML document, you can simply use *LANG.

Strings, numbers, bools, and null are considered scalar data types. Here is a quick example that shows all these data types in YAML representation.

In this example of a YAML map, numPosts represents a number data type. The value assigned to a key like this can be an integer or a float or a hex or an octal or even an exponential.

The description property is set to null in the above example. null is another allowed scalar type.

Similar to JSON, boolean values are represented using true and false. In the above example, the isEditor property is set to a boolean value true.

The properties name, url, and tagline are all strings. YAML supports both double and single quotes unlike JSON where only double quotes are allowed. If you notice, the value for property name is not enclosed in any quotes. This is totally valid in YAML. Quotes may become necessary only when there are special characters (such as :,{,},[,],,,&,*,#,?,|,-,<,>,=,!,%,@,\) in the value assigned to a key. Also, when you want a number type to be considered as string, you have to enclose the value in quotes. For example, numPosts: '300'. For string values, it is always a good practice to use quotes.

Save the above example as authors.yaml and run the following commands.

This will produce output as shown below.

The single-quote escaping worked as expected. However, although the second line in the original value started on a newline, the parsed output does not honor that. The blank line before the last line resulted in a newline. This demonstrates how the escaping is limited in flow style scalars. If you want to control escaping in the multi-line string and preserve formatting, you need to use block style scalars.

The block scalar type in YAML gives better control over how escaping in a scalar is interpreted. Block style has three different parts. First, one of the two block style indicators to specify how newline characters should be treated. The literal block style, specified using | character, will preserve newlines as is.

If you parse this using PowerShell-Yaml, you will see:

The difference between flow and block style should already be clear. The newlines are all preserved.

In the folded block style, you use the angular bracket > at the beginning of the scalar value.

The folded style replaces all newline characters within the string with a space.

As shown in the above example, when using either literal or folded block styles, you must give a line break after the style indicator.

By default, when using folded style, the trailing newline is preserved and any trailing empty lines are all removed. This behavior can be modified using the chomping indicators. There are two chomping operators within the YAML syntax.

The - indicator is used to strip the final line break and any trailing empty lines.

The + indictor is used to keep the final line break and any trailing empty lines.

I have not come across scenarios (yet!) where I need to use chomping indicators. So, whatever is the default behavior of handling multi-line strings seems to be good so far.

This is what I have learned in my experiments with YAML so far. Have you figured out any tips and tricks? Post here as comments.