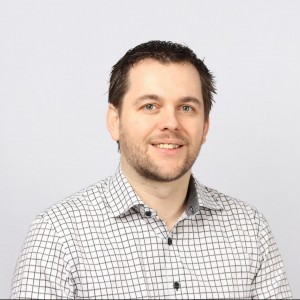 Jan Egil works as a Lead Architect at Crayon, Norway.

He mainly works with automation, and has a strong passion for PowerShell. He has been working with Microsoft infrastructure products such as Windows Server & System Center since the early 2000s. In the recent years the focus has been more and more related to cloud technologies in Microsoft Azure and hybrid environments.

He is a multiple-year recipient of Microsoft Most Valuable Professional Award for his contributions in the Windows PowerShell and Cloud & Datacenter Management technical communities.

He speaks regularly at user groups and conferences, such as Nordic Infrastructure Conference (NIC), PowerShell Conference Europe and PowerShell Summit.

He is a co-organizer of Azure User Group Norway as well as the MTUG (Microsoft Technology User Group) Script Club which focuses mainly on PowerShell.

35 Posts by this author

Royal TS is a powerful tool for managing remote systems using many different protocols such as Remote Desktop (RDP), PowerShell, SSH, HTTPS, and many more.

When setting up runbooks in Azure Automation to invoke automation of a process through PowerShell or Python runbooks, the ability to assign permissions per runbook for user types such as power users is something we missed in the early days of Azure Automation.

In this article, we will look at different options for containerizing a web application. We will go through the following deployment scenarios, going from traditional options to cloud services and containers:

Working with binary files in PowerShell

This article is co-authored by Jan Egil Ring and Ø__yvind Kallstad In this article, we will look at how binary files can be interpreted in PowerShell by looking at a real world challenge as an example.

Tab completion is a well-known feature in PowerShell, which speeds up the process of typing and reduces the risk for typing mistakes.

In this article we will look at a new feature in the BITS service which is included in Windows. Some background:

Windows 10 Anniversary Update was made generally available on August 2, 2016. Included in the update is a new version of Windows Management Framework, which has now reached version 5.

Microsoft Operations Management Suite (OMS) is an IT management solution for the era of the cloud. OMS extends System Center IT management to the cloud, enabling greater control, visibility and security across your hybrid cloud.

The Sysinternals Suite, which contains many tools an IT Professional should have in the tool belt, is now available for Nano Server.

There are several ways to determine what version of Windows PowerShell you are running on a computer. The most common technique is to use the $PSVersionTable automatic variable:

Visual Studio Code is a free code editor redefined and optimized for building and debugging modern web and cloud applications.

The PowerShell Summit Europe 2015 was arranged in Stockholm, Sweden on September 14-16. This was a unique opportunity to meet community people you mostly know from Twitter and other social media, as well as product group members from Microsoft.

In this article, we will look at how to get started creating a very simple DSC resource. Creating DSC resource is, by many, considered an advanced topic in PowerShell.

In this article, we will have a look at DNS Policies – a new feature in the DNS Server role introduced in Windows Server 2016 Technical Preview 2 (TP2):

Back in January 2015, I wrote an introduction to the new PowerShell module in Royal TS V3, which back then was available as a beta version.

We’re now kicking off a new series on PowerShell Magazine called “How PowerShell saved the day”, where the intent is to share success stories where PowerShell was a major factor when solving a problem.

KB3000850, the November 2014 update rollup for Windows RT 8.1, Windows 8.1, and Windows Server 2012 R2, has brought several enhancements and fixes to the first version of DSC (initially released as a part of Windows PowerShell 4.

Royal TS is one of many applications on the market for managing Remote Desktop connections. There are also many other features in Royal TS and you can read more about them on their website.

The Power of Community

Since the early days of Windows PowerShell, the community around the product has grown to a large and active user base.

Windows Management Framework 5.0 Preview September 2014 was released on September 4. An overview of new features added since the May 2014 Preview is listed in the announcement on the Windows PowerShell Team blog, while additional details are available in the release notes.

With the introduction of Hyper-V in Windows Server 2012, the Hyper-V Extensible Switch became available providing more functionality than previous versions.

Note: This tip requires PowerShell 2.0 or later. By leveraging engine events and PowerShell profile scripts we can automatically persist command history to disk, and import it in the next session.

A previous article in PowerShell Magazine describes how to find keyboard shortcuts in the PowerShell ISE. In this tip we will look at how we can find a key we do not know.

#PSTip Be cautious with profile customizations and PowerShell Workflow

When working with Windows PowerShell Workflow, there are things to be aware of which can break workflow from working. One such thing is customizations made in the PowerShell profile.

Service Management Automation (SMA) is a new component in System Center for process automation. Before looking into the technical details, let’s have a look at what practical use cases there are for an automation product like SMA:

The story of the Microsoft Technology User Group in Norway

The Microsoft Technology User Group (MTUG) in Norway was started in March 2010 where we had Bruce Payette speaking at the first user group event at the Microsoft office in Oslo.

#PSTip Passing local variables to a remote session in PowerShell 3.0

Note: This tip requires PowerShell 3.0 or above. Passing local variables to a remote session has become a lot easier in PowerShell 3.

Custom argument completers is a new feature in PowerShell 3.0 which makes it possible to define your own argument values for parameters.

Disclaimer: This article is written based on the PowerShell 3.0 version available in the Windows 8 Consumer Preview. Features described may change in the final version of the product.

This article describes features in a preview of the next version of Windows Server, and features described may and probably will change in the final product.